The Idaho International Choral Festival is pleased to offer an opportunity for Idaho high school students to participate in the 2023 Idaho International Choral Festival, held in Pocatello, Idaho, as part of the High School Honor Choir. The choir will be conducted by special guest conductor Dr. Nicole Lamartine. Past participants have given glowing reviews of their festival experience as profoundly enriching and tons of fun! Applicants are chosen based on available space for each voice part and recommendation by a choir director or voice teacher. 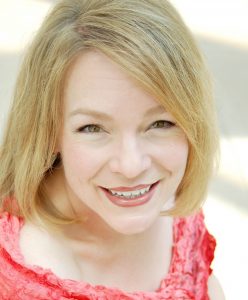 Dr. Nicole Lamartine became Director of Choral Activities at the University of Wyoming in 2008. She conducts the Collegiate Chorale, Singing Statesmen, advises the male a cappella Happy Jacks, and teaches conducting and applied voice.

Under her leadership, choirs of the University of Wyoming have performed at the 2015 NW National Association for Music Education (NAfME) conference, the 2012 Northwest American Choral Directors Association (ACDA) conference, the 2011 Northwest MENC conference in Bellevue, WA and at the 2011 National Collegiate Choral Organization (NCCO) national conference. Her choirs at the University of Wyoming have enjoyed premiere performances and recordings of music by Pulitzer Prize and Grammy-winning composer Jennifer Higdon, Forrest Pierce, John Muehleisen, Gabriela Lena Frank, and Craig Hella Johnson.

Lamartine is becoming a resource for men’s choir singing in the US, having led The UW Singing Statesmen to prominence and with her research on female leaders of male choirs. She will conduct a program of men’s choir music at Lincoln Center in the spring of 2016.

She is in demand as a conductor and clinician across the US and Europe and recently appeared as the NW ACDA Men’s Honor Choir conductor at the 2014 conference as well as the conductor of the DoDDS All-Europe Honor Choir in Wiesbaden, Germany. She was the 2015 Wyoming All-State Mixed Choir conductor and is slated to conduct the Washington All-State Women’s Choir and the Montana All-State Mixed Choir in 2016. Lamartine also serves as Associate Conductor of the semi-professional choir “Chor Anno,” in the state of Washington.

As a professional vocal musician, Lamartine has sung as a regular member of the Grammy®-nominated Conspirare, the Santa Fe Desert Chorale, the Colorado Bach Ensemble, and Chor Anno. While living in England she sang with the choruses of the London BBC and City of Birmingham Symphony Orchestras, performing across Europe and the UK. She can be heard on six choral CDs on labels including Harmonia Mundi and Chandos.

In 2014, Dr. Lamartine was chosen as one of seven conductors from the US to participate in the International Conductor Exchange program to China. She traveled to Beijing to conduct choirs and present conducting and vocal master classes with students from China Conservatory.

In service to the American Choral Directors association, she has acted as Wyoming ACDA President, as chair of the 2011 National ACDA Women’s Choir and as co-chair of the 2009 National ACDA Collegiate Chamber Choir. She is currently President-Elect for the Northwest division.